All posts tagged with: blurred lines

We’ve all committed them, word crimes. The odd thing is, texting and the internet has increased how prevalent they are. Leave it to the master of the comedic reinterpretation of popular songs to come up with a brilliant new version of Blurred Lines. Sorry Robin Thicke, you have been bested by the man, the myth, the legend – Weird Al. Not since he’s done something like Eat It to Michael Jackson’s Beat It has there been something so funny.

Word Crimes is amazing in it’s ability to be funny. It’s like a cool version of a School House Rock song. Actually School House Rock stuff from it’s early days is brilliant, but it’s the video that goes with Word Crimes that really makes it awesome. The graphics are stunning. Plus the word play that goes on with the images is one of the most creative things I’ve seen in a long time. 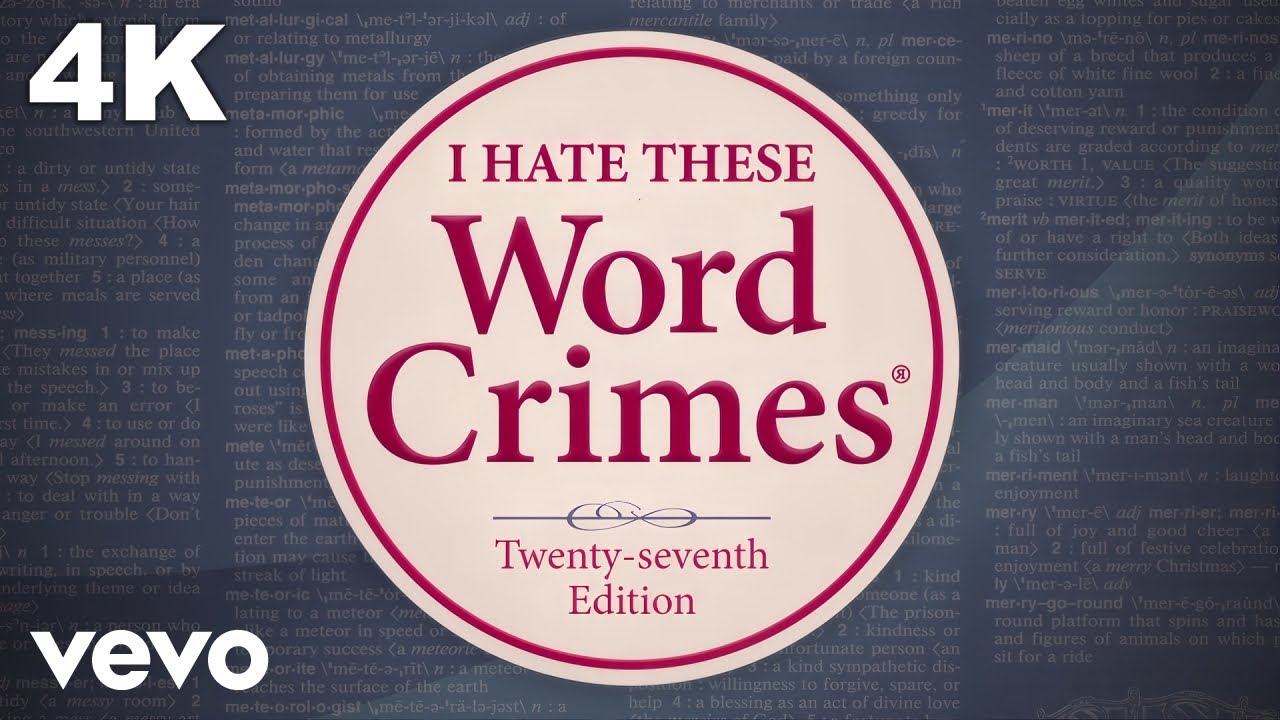 Okay, now here’s the deal
I’ll try to educate ya
Gonna familiarize
You with the nomenclature
You’ll learn the definitions
Of nouns and prepositions
Literacy’s your mission
And that’s why I think it’s a

Good time
To learn some grammar
Now, did I stammer
Work on that grammar
You should know when
It’s “less” or it’s “fewer”
Like people who were
Never raised in a sewer

Say you got an “I-T”
Followed by apostrophe “s”
Now what does that mean?
You would not use this in this case
As a possessive
It’s a contraction
What’s a contraction?
Well, it’s the shortening of a word, or a group of words
By the emission of a sound or letter

Okay, now here are some notes
Syntax you’re always dangling
No X in “Espresso”
Your participle’s danglin’
But I don’t want your drama
If you really wanna
Leave out that Oxford comma
Just keep in mind
That we see

Are you
Are words not letters?
Get it together
Use your spellchecker
You should never
Write words using numbers
Unless you’re seven
Or your name is Prince

I hate these word crimes
You really need a
Full time proofreader
You dumb mouthbreather
Well, you should hire
Some cunning linguist
To help you distinguish
What is proper English

One thing I ask of you
Time to learn your homophones is past due
Learn to diagram a sentence too
Always say to whom
Don’t ever say to who
Yeah, listen up when I tell you this
I hope you never use quotation marks for emphasis
If you finished second grade
I hope you can tell
If you’re doing good or doing well
Figure out the difference
Irony is not coincidence
And, I thought that you’d gotten it through your skull
What’s figurative and what’s literal
Oh but, just now, you said
You literally couldn’t get out of bed
That really makes me want to literally
Smack a crowbar upside your stupid head

I read your e-mail
It’s quite apparent
You’re grammar’s errant
You’re incoherent
Saw your blog post
It’s really fantastic
That was sarcastic (Oh, psych!)
Cause you write like a spastic

I hate these Word Crimes
(Everybody wise up)
Your pose is dopey
Think you should only
Write in emoji
Oh, you’re a lost cause
Go back to preschool
Get out of the gene pool
Try your best to not drool