All posts tagged with: singing

Studio Vocal Mystery See Who I Make Fun Of

Back in the studio. This time some video was captured that pulls back the mystery of vocals. Where George Leger III, Jesse Stern and I were discussing the fine points of doing multiple takes of the same line, using different emotions. All in the name of creating the best vocal to tell the story.  What comes out is a frank discussion between the three of us. I make fun of a movie. Then George really runs into an electric speech about vocals. Jesse (the white hat at the bottom left of the video window) provides a little comic relief along with giving George something cool. Followed by myself relating a story from a recording session with a large songwriter’s organization. Watch what we said and did. Why? Because we’re having a good time talking about what goes into a great vocal recording. 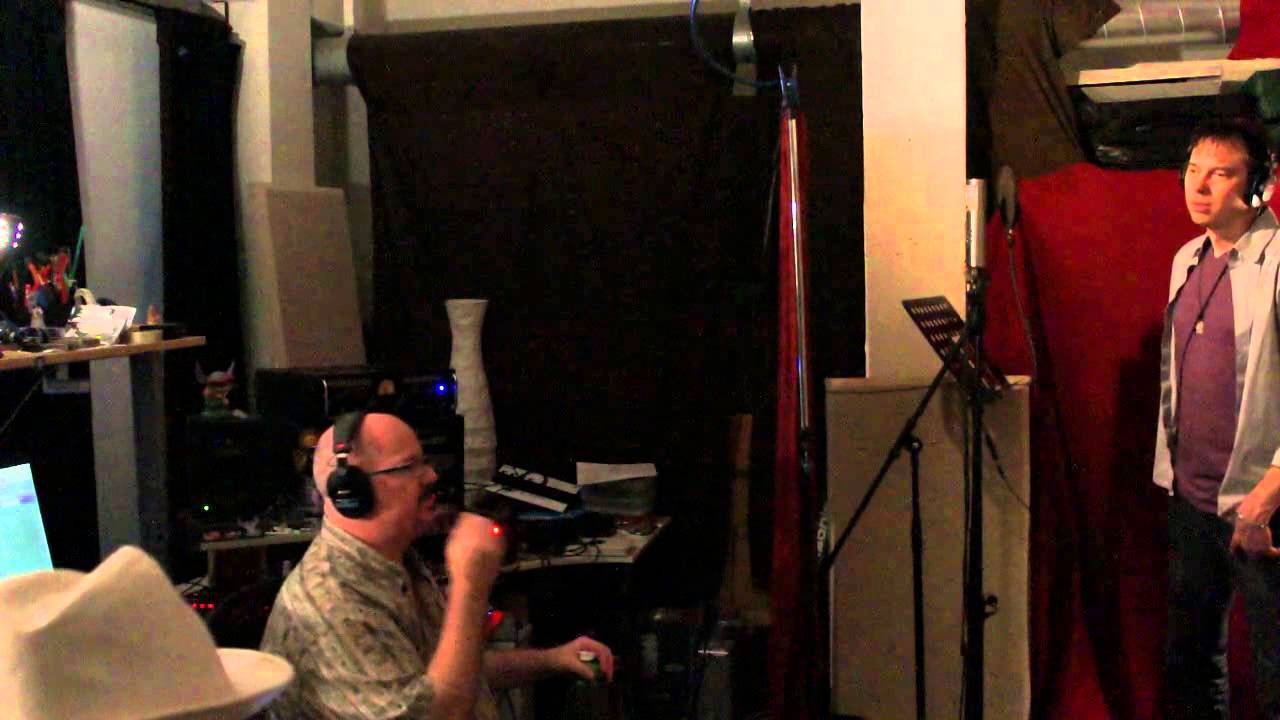 Sometimes it reminds me the movie La Bomba. Dude that sounded great twenty takes ago.

That’s you know. No I’m not arguing that I know you gotta do and every little bit and piece, I’m, I’m fully there. I just think it’s funny that the brother was like he had no concept of like, it sounded the same man. It’s like, no it didn’t.

I sometimes joke when I’m comping vocals and like go in between a few different takes, how about this one, and this one. and I just look at ’em and they’ll say, they all sound exactly the same to me. I don’t know.

We all comp different, right? Like I could give you the same data, you would come up probably… well maybe we will come up with the same. Cause it seems like we’re thinking the same way I can… sense that. But some people I mean I’ll give them a track, you comp it and I’ll comp it. I’ll come back and their comp will be totally different. You know either I go for one that has a lotta little bitty edges and stuff. Little character bits and I’ll fix, I’ll tune it if I have to. But, try to get the character stuff that makes, to me makes a vocal personable; have personality, right? And I have people that just absolutely like want the note to be perfect. That’s what they’re after. That’s all they look for. Yeah. It’s like, there’s no… Cause you can fix… today we have the technology it makes it really easy to fix the note. You can fix the pitch. But you want to get that, you know you just started to do it. Your voice broke up a couple times in the first two lines. Which is exactly what I wanted to get.

Okay. So, anyways. I go for the feel like whatever makes me feel something. Yes!

Or what makes me kinda feel like I, I don’t have words anymore. Yes. And you get that little buzz too, I get a buzz when it happens it’s like I can feel it.

Well, you’re a really good producer. It’s fun to watch you work. Oh, thank you. That’s why I like doing vocal with the man. Yeah, I wanna do vocals with him.

I, I love working. I just love producing. It’s great fun. One of the things I was actually gonna say back to the vocals n something and stuff from movies and TV shows. In Canada, when they did We Are The World here. We had a song in Canada that was produced by David Foster. You know who David Foster is right Okay, do you know who Anne Murray is? yes she’s like… She’s a Canadian superstar, right? Exactly! She’s the Canadian Stevie Nicks. Yea. Sorta. She’s an… This woman has been singing her whole fucking life. She’s a perfectionist. And she can usually do it on the first take. She’s just that good. Well he goes and the same thing kinda happened with him. She got in the first two, first or second take, but he missed it. And they had this on the video that they did of the making of the thing, right? And, in the end it was like he he basically turned to her after he went 20 takes in. Listened to the first two takes and went: I’m so sorry. You did it already, I’m didn’t even hear it. And he was embarrassed.

And it was just like… Wow. It happens. Yeah. Even to the best of the best. I mean Foster is…

You’ve heard heard of Harold Payne right? Do you know who Harold Payne is? He’s a big time songwriter. And he helped write a song for Just Plain Folks. Which is a songwriters organization. Cause they did like a We Are The World. They brought in a bunch of different artists to sing different lines. And they had Alan O’Day producing, in the studio. Who’s no slouch of a writer. He’s had a couple of #1 hits. And Harold was sitting right, standing right next to me in this vocal booth. You know, to go over my line, do all this stuff. I go in. I do the first take. And I do it kinda bluesy. That’s how I thought it came across. And Allan is just going take after take and I hear Harold pull my thing back and he goes. Dude, you nailed it on the first take. I’m sorry.

Stay tuned for more peeks on the inside.