All posts tagged with: the rock

July 8, 2016 In In The Studio Tagged as new music telefunken the rock Universal Audio By Jody Whitesides

With the recent developments of BREXIT, the upcoming election that feels like its being brought to us by Parker Brothers ala monopoly, and two police shootings that are at best point blank executions, plus the DOJ putting the nails in the coffin for songwriters, there’s no doubt that it feels like we’re coming apart at the seems. Despite all the nuttiness in the world, I’ve been hard at work creating new music.

My Nightwatch Theme is still fronting Nightwatch New Orleans for Season 3 starting this fall. Plus there is more music that I created that shall be heard in episodes of Season 3. Hear Midnight Romp on Spotify!

There’s another new TV show coming this fall with more of my music. Hard Corps is the name of the show and its being backed by Dwayne “The Rock” Johnson. Pretty excited to see Hard Corps air!

New Music On The Web

If you’re a fan of Top Golf, you know, the awesome location not far from you where you can smash golf balls with friends, enjoy a drink and some food. Then you might want to trip by their website: http://topgolf.com Why? Well, to watch the opening video of course. Yours truly along with my good buddy Chris Hellstrom wrote all the music in commercial.

Been making some amazing changes in the studio. I’ve picked up some amazing plugins from Universal Audio. Immediately following the new plugins I was recording a song with my co-writer Johnny Elkins. I sent him the mix of the song. He called me back to tell me his wife came to tears with the song and the recording. While the improvements are possibly subtle to most people, its those tiny differences that make all the difference to getting a performance to translate at a deeper level. Thank you Universal Audio!

As per the image that precedes this post you can see that I have new signature picks from Dunlop. There are several new types and the most awesome part about them is that the printing on them lasts much longer. Thank you Jim Dunlop! I especially like the new white ones.

I picked up a couple of new microphones as well. The M-80 and the M-81 from Telefunken. Put them both to good use recording music for the aforementioned TV shows. You’ll also see them on stage with me as they’re going to be my live vocal mics.

I’m creating some fun playlists on Spotify. Every week I’m adding a song to Throwing Back Thursdays and Funky Fridays. <– Follow them and send me your suggestions. Oh, then there’s this playlist dedicated to shredding guitarists Shred Masters of Guitar. Did I leave your favorite shredder out?

I’m knee deep in recreating my entire catalog of released music into my new live guitar rig. My HIVE system is completed, now I’m updating all my guitar sounds and saving them in the HIVE (MacBook Pro, MainStage, Line 6, Studio Devil, RedWirez, Universal Audio, HIVE foot pedal). Its a bit of a process but oh what fun its been to rethink how I’ll play my songs and how you’ll perceive them live. Its like being a kid in a candy store again.

Have a great weekend!

Read More
May 29, 2014 In Throwback Thursday Tagged as blaze of glory bon jovi mark wahlberg pain and gain the rock By Jody Whitesides The other night I heard Blaze of Glory while watching a Mark Wahlberg movie called Pain & Gain. I remember seeing the movie in the theater, but I decided I’d put it on in the background. It’s a crazy ass story, but there’s a point in the movie where Bon Jovi’s tune Blaze of Glory comes on during a botched safe break in. I started to laugh strictly for the fact that it’s starts the whole sequence of them going down in a blaze of glory.

After the movie ended I decided I had to hear the tune again. I recall seeing Young Guns and really enjoyed the “cowboy” rock style of the Bon Jovi. Mind you he did have a bigger hit with Dead Or Alive which is an 80’s power ballad that’s still a staple in bars across the country to this day. I felt it prudent to pass along the song here because it’s still a pretty rockin’ tune and has a great melody. So thanks to Michael Bay for Pain & Gain making use of the tune. 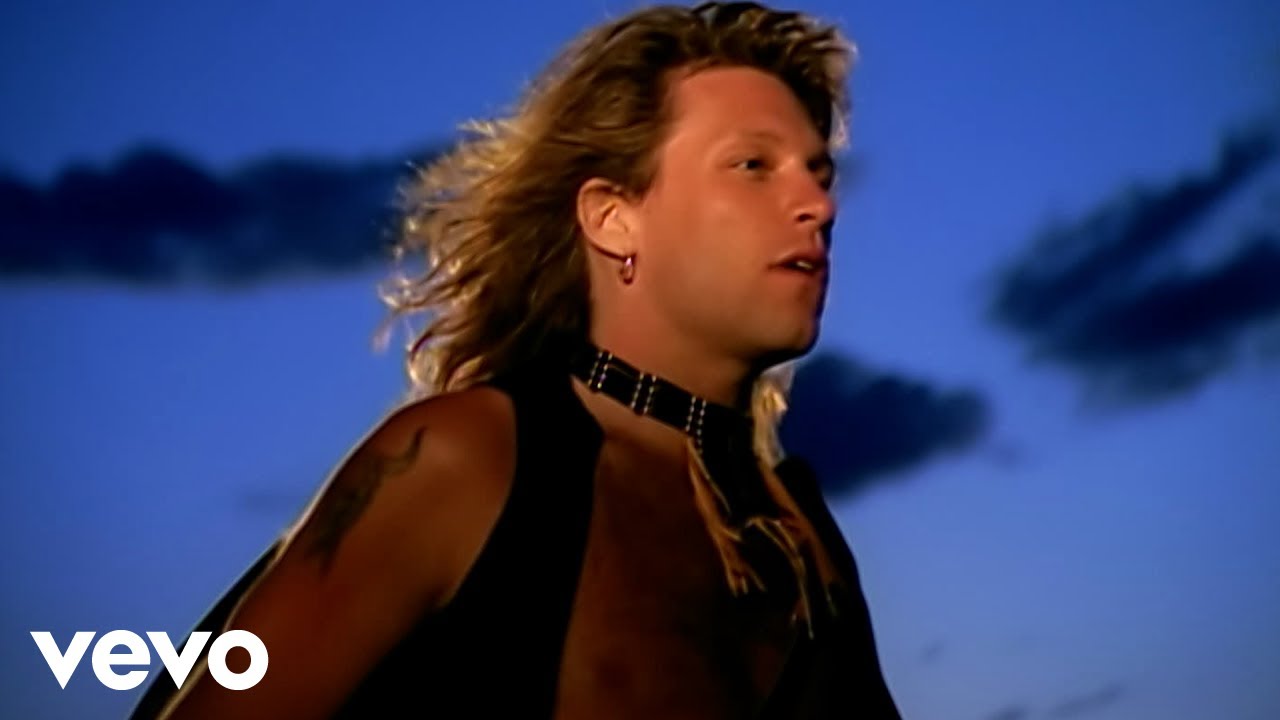 I wake up in the mornin’
And I raise my weary head
I got an old coat for a pillow
And the earth was last night’s bed
I don’t know where I’m goin’
Only God knows where I’ve been
I’m a devil on the run
A six gun lover
A candle in the wind, yeah

You’re brought into this world
But they say you’re born in sin
Well at least they’ve given me something
I didn’t have to steal or have to win
Well, they tell me that I’m wanted
Yeah I’m a wanted man
I’m colt in your stable
I’m what Cain was to Able
Mister catch me if you can

Each night I go to bed
I pray the Lord my soul to keep
No, I ain’t lookin’ for forgiveness
But before I’m six foot deep
Lord, I got to ask a favor
And I’ll hope you’ll understand
‘Cause I’ve lived life to the fullest
Let this boy die like a man
Starin’ down the bullet
Let me make my final stand

Have great gain of a day!