All posts tagged with: work ethic

Sitting here waiting, like I’m on the remarkable long road, for my studio machine to export video to a podcast. As if I don’t have enough to do. Much like you. As I’m twiddling thumbs waiting on the export, I’m thinking about the vocals I’ll be tracking later tonight. Then I got the wild idea of writing a random stream of thoughts instead of filling my head with things I can’t control.

That’s not entirely true, I could control when I tell the computer to crunch the video / audio data. I could even stop it right now if I desired. However, that would be putting the work off until later. Experts call that – procrastination. I’m not a good procrastinator. 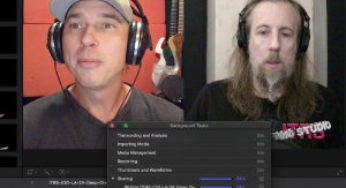 Knowing that I have a data backup that I need to do tonight as well, I opted to let the machine do its thing while I get some busy work done for the podcast. Getting the YouTube page ready. Getting the website page ready. Writing out the description of the episodes coming up for Tuesday and Friday. Monday has become my relegated Podcast prep day.

Yet another facet to my musical life, passing on the knowledge I’ve learned about recording, mixing, mastering music. The remarkable long road of a career musician who puts in too much time.

Speaking of which, I read an article earlier today about a famous musician that passed away a couple of weeks ago. Of course the initial tributes that came out for Eddie Van Halen were warranted. I wondered how long it would take for the dark side stories to start cropping up. I had heard some of them prior to his death – the music business isn’t that large. Then again, it isn’t that small either. Today was that day. I came across an article written by a film maker talking about his time spent with Eddie.

To paraphrase, there were DEFCON one moments and apparently kinda often in his remarkable long road of a career.

One of the things I learned in reading the article was Eddie’s work ethic. It was tireless. Borderline merciless. Which got me thinking…

I know there are several musicians who have played with me that would agree to the following statement. I am notorious for doing long rehearsals to make sure everyone knows their part. I don’t care how long it takes to get everyone on the same page, so long as they really want to be working on the music. I often would rehearse songs for hours and hours on end. The goal was to make playing the music, the songs, 2nd nature to the point where I didn’t have to think about it for it to be done right.

Pushing myself for that type of practice and rehearsal is normal. That’s how I roll. Unfortunately I also expect from the musicians that I play with or who play with me. Some handle that well, many don’t. Which leads to frustration on their part and on my part. I expect people to do their musical homework. To come prepared. I always feel like I’ve let other musicians down if I haven’t gotten the music memorized and into muscle memory before a rehearsal. I don’t want to rely on reading charts.

Turns out, Eddie had this type of drive too, according to the filmmaker. I had no idea. I figured he was an alien. However, one paragraph struck me. I’m paraphrasing here but, Eddie would play guitar when writing/recording songs 15 to 18 hours a day, then sleep. As if sleep were only there as a necessary evil. He’d go to sleep for several hours, get back up and go back to the studio and the guitar. Doing it day in and day out.

In the studio he would expect the same of the the musicians. He expected they would put in the same work he did. Often, they didn’t and he’d get bummed out. Did you know Eddie played the bass on all Van Halen records other than Van Halen I? Learned that today too…

Oh that is so familiar to me. I work alone much of the time as I find I can get things done quicker that way. Not always true, but often enough. I learned to sing, because I couldn’t find a singer with that kind of work ethic.

When I do work with others, whether I’m bringing them on for something I’ve written, or I’m producing another artist – the most common phrase I hear is: Damn, I’ve never worked so hard in the studio. I’ve got multiple stories of musicians like that. When striving for that type of perfection, it can take a toll. Especially on others. I know I’m not the easiest guy to work with musically, based on that work ethic. Though I have had multiple musicians that prefer to work my gigs because – I’m consistent, I know what I want, and they don’t have to guess. I will always go back to guys and gals that I’ve worked with who can handle the work.

Getting asked how I’ve managed to make a remarkable long road career out of music, I think it stems to that work ethic.

BTW – **ding** my export is done and I need to get on with the uploading of the video and podcast audio, so that in an hour or so I can get to tracking vocals. Have a great evening!