All posts tagged with: Clippers

Here’s the full lyric video for the Agua Caliente Clippers in all its glory: 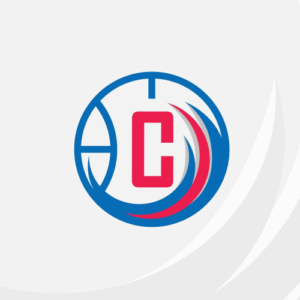 Enjoy, share and add Do You Want To Play Agua Caliente Clippers to your playlists.

The G League, I wonder how many fans of the NBA are actually aware of it?

There’s a few new changes in the basketball world in this past year. Actually since roughly February of 2017. Prior to that the NBA’s development league was known as the D League. Now in a multi-year deal with Gatorade its known as the G League.

Another change is the number of teams. Previously there were 17. The total now is 27.

Why do I know this

I wrote a song called Do You Want To Play that has multiple versions of the song. Like lots of multiples. I’ve done versions for basketball, baseball, football, and hockey.

Once I completed them I wasn’t sure that I’d ever pull them out again. However, the change of the league name to G League and all the additional teams left me with a gaping hole. So I dug it out.

My recording software has been updated substantially since I last worked with the song. One of the handiest new features is something called Track Alternatives. Which gives a producer the means to make edits to little portions of an audio without increasing the need for plugin load, or massive track counts.

I took the needed vocal file for most of the song and clipped out where I needed to update team and G League parts. This made it real easy to quickly sing new parts.

A side effect of doing parts for the G League is a new mix. Much like the updated recording software, there are also updated plugins. All this led me to saying, I don’t want to do a whole new mix, but alas, I couldn’t stop myself.

After getting the original files transferred into a new file template, it really made sense to just do a new mix. I was able to get a crispier sound on the guitars. A little more punch and depth to the drums. There’s a bit more sizzle on the vocals and the bass gets a little deeper in vibe. Its crazy how a little adjustment in a song mix can alter the feel. These are subtle changes individually, but together it adds up.

Along with a new mixes for the G League, I have to do new masters. In case you’re not aware there is a process called mastering that provides a song recording with its final sheen and gets it to sound good on a variety of sound ups.

In the couple of years since the last compilation release, the state of music delivery changed drastically. Now instead of a single master meant for being super loud on a CD, there’s one master for Apple Music (and services that operate at -16LUFS, that’s a relative volume level for the laymen out there) and there’s a master for Spotify (and services that operate at -14LUFS).

All it really means is that the music will sound more dynamic.

I’m currently doing all the master outputs as I’m writing this. Listening intently for any output errors. Thus one goal is to make sure I release this set of songs before the next season starts. Thus if you’re a fan of any team in the G League, I do hope you’ll stream your team’s song.

Looking into contacting Gatorade’s marketing team, as I do have an advertisement idea as well.

Oh and I’d like to get in touch with various team’s marketing departments to talk about doing a pregame performance of the song for fans of the team.

Looking forward to the G League’s season later this year!