We’re all in a state of what the fuck right now. Knee deep in the era of COVID-19 where people are lost. The smart ones are sheltering in place, especially where they’ve been ordered to. The bold one are going on with their lives like they’re invincible and it won’t get them. The worriers #1 are running around wondering if they’re going to fall ill. The worriers #2 are scared the economy is going to collapse. At least this is the vibe I’ve been getting from the media and from a plethora of social media posts. You know the kind, where you can pretend you’re having a scintillating conversation and hoping that you’re going to change the other person’s mind. Though the reality is, they think you’re stupid and visa versa.

I have a lot of musician friends who are scrambling because all their gigs dried up. They’re not making money. So they take their live show online to live stream it and are now part of the cacophony of all the other artists doing exactly the same thing at the same time. Yes, I’ve done a live stream or two, only due to being asked to do it. I didn’t promote them and yet they still garnered some viewing numbers that surprised me. The reason why might be having recording quality sound live, not just a laptop mic.

This led me down a path of looking into means of doing more of them, but as a show. Research is also the name of my game. I’ve put my learning cap on and figured out how to expand it plus make it easier to do. Those first two were a pain in the ass because it involved too many steps. Not any more. What’s the plan for the show, two songs, some chatter chat chat and a cover. No particular order.

Do I plan on promoting it prior to doing it. No.

Reason? I’m tired of promoting things. There’s a happy place for me in the process of creation. The unhappy place is the promoting of myself because I’ve done something. Totally antithetical to any unknown musician. All you ever hear is how awesome they are. How brilliant they are and then you listen and the reality of it all smacks you in the face. Not all musicians are awesome. That’s unfortunate simple reality. 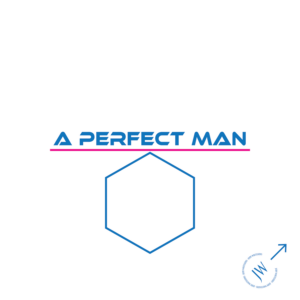 Yes, the internet and computers have made it so anyone with an inkling can cobble something that might resemble music together. But is taking pre-made musical bits and pasting them together, then cackling over the top of it really being a musician? Not really. It might make you an ok arranger, but it’s not really making music is it? No.

Lest I digress. I’ve recently been relegated to a typical nincompoop musician who has nothing to say. By someone that doesn’t even know me. That isn’t the bothersome thing. I can relate, meaning I concur. Most musicians today can’t form cohesive thoughts as they’re working on their brand and posting on social media X amount of times because some ‘expert’ decided that’s what had to be done to gain an audience and become an influencer. The music isn’t the focus. Uh. No. Fuck that.

Why do bands from the past, pre internet influence era, tend to have large listenership? Because the music is that fuckin good that people what to hear it. Do I have music that is on par with that? I’m pretty confident in my abilities. I leave the rest up to others to spout off about my creations. Though sometimes I do get caught up in the self promotion thing, out of lack of options. At this point I want to stop that part and concentrate only on the creation. Cause if what you create isn’t turning heads, then blowing your own horn is a waste of time.

Which is something I brought up with another friend who is getting into the music business. He made a comment about a podcast I launched with my friend Chris Hellstrom in April of 2020. This friend felt we needed to say: subscribe to our podcast, from within the podcast. To promote ourselves. When I brought that up to Chris, he said the same thing I feel about it and along the lines of what I’m writing now, that is – if what we’re doing isn’t compelling enough for the listener/viewer to hit the subscribe button without us saying it, then we’re not doing a great job and should stop. Thus, we aren’t likely to start self promoting from within the podcast. All the podcasts that I listen are like that – no ridiculous internal self promotion. 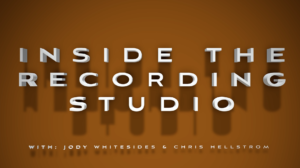 See the world has splintered so much and it’s all coming to head with COVID-19. It’s impossible to be all knowing any more. There’s way too much out there and there’s no gateway any more. It’s an ocean and a whole lot of it is mediocrity. Was it the movie Amadeus where Soliari (is that his name) self proclaimed himself the leader of all the mediocrity in the world? Which is why Chris and I are goin with the attitude of if we don’t want to watch or listen, why would anyone else.

Which is kinda how I’m gonna have to think about the Two Songs and a Cover. I’m thinking about little things I can do to make it stand out. One thing is the stand-by for start screen. I made a motion graphic movie today for my standby when I start the Restream app. While it’s not the coolest thing ever, its definitely more advanced than a vast majority of peeps I’ve seen as of late. I know that sonically it’s in the upper 1% of all live streams I’ve witnessed.

Hell I watched a supposed live stream by major country artist band where they tried to make it look like they were all playing in their own homes at the same time. But it was obvious they weren’t playing together as the music was perfectly in-sync and not live. The guitar player was picking notes that weren’t in the music – dead giveaway they were miming. All well and good, just don’t try to fop it off as live, like they did.

Because I have a recording setup, I’m fortunate enough to make it sound quite polished despite being live. No distortion from an over blown mic etc. Couple that with what musician friends would call a very consistent performance ability and what industry peeps would call hyper catchy songs and my differentiating point is who good I can made it sound. That’s where I want to be, in that spot where people get it and want to follow.

Beyond that, yeah, I have a brain and desire to do other things that shouldn’t make me sound like a nincompoop. Would the discussion of simple math do for now? A primary reason is due to people claiming to be woke/not controlled by the media or “fake news’ only to spout gut feelings and not facts when it comes to COVID-19. I write that because the math is saying exactly what the experts are saying. Why people have a cognitive dissonance with facts, math and/or science is baffling. Right?